Enjoy FREE SHIPPING on orders of $99+

Saintnine golf balls are strong performers with the added fun of “Mental Mates” graphics.  U-Pro is a unique offering.  Extreme Soft Gold can hold its own with the best Tour balls.  Very high spin. 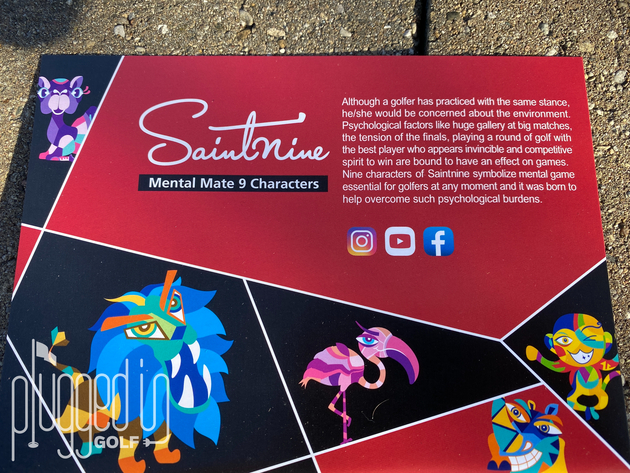 Every golfer has struggled through a bad round or tough hole.  And if you’re lucky, your playing partner or caddie was there to give you an emotional boost to push through it.  But what if that boost could come from your golf ball?

That’s the idea behind the graphics on the golf balls from Saintnine.  These nine “Mental Mates” are each meant to trigger a different positive feeling.  At Plugged In Golf, we asked the question, “Do these golf balls perform or are they just fun to look at?”  Here’s what we learned. 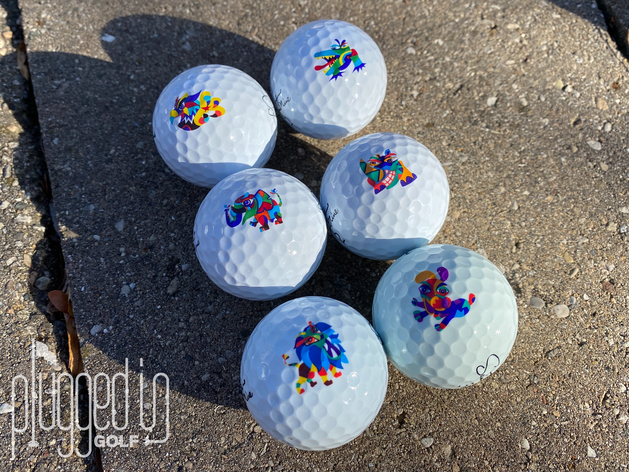 Golf balls typically don’t get a “Looks” section, but Saintnine is different.  The Mental Mates are colorful, slightly abstract representations of nine different animals.  Each animal is paired with a different positive mental state such as calm or focus.

For each Saintnine model, there are four different Mental Mates in the dozen.  The Extreme Soft Gold has the eagle, crocodile, rhino, and elephant.  In the U-Pro, you get the lion, crocodile, eagle, and puppy.  For me, the graphics are fun, they make your ball easy to identify, and they’re small enough that they aren’t a distraction.  Also, my kids love them.

In addition to the graphics, Saintnine offers a variety of colors.  The Extreme Soft Gold – their Tour level ball – only comes in white.  The U-Pro – the other model I reviewed – comes in white, yellow, and pink.  Red, green, and orange are offered in other models. 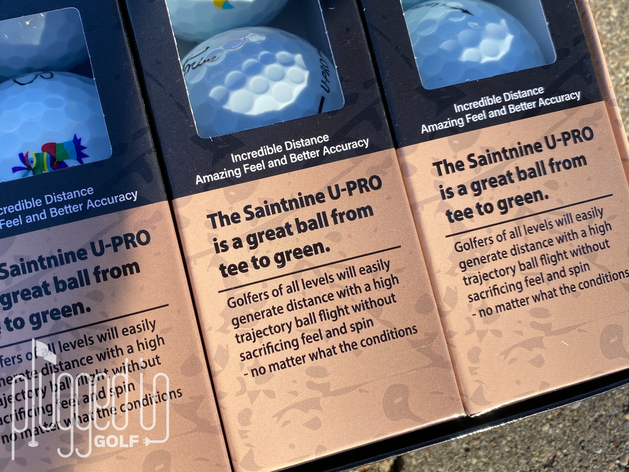 Let’s start with the Saintnine Extreme Soft Gold, a ball which they compare to the Titleist ProV1.  On the greens, this ball gave me a very soft feel and produced a dull “tock” at impact.  From wedges through the driver, the feel was average for a tour ball – it wasn’t noticeably firm or soft.

The Saintnine U-Pro, which is compared to the Titleist Tour Soft, was noticeably quieter than a ProV1, creating a “tock” so dull that it was almost a “thud.”  The feel was very close to the Extreme Soft Gold – I had to really focus to notice any difference.  If you want premium feel on the greens without spending a fortune, the U-Pro is a great choice. 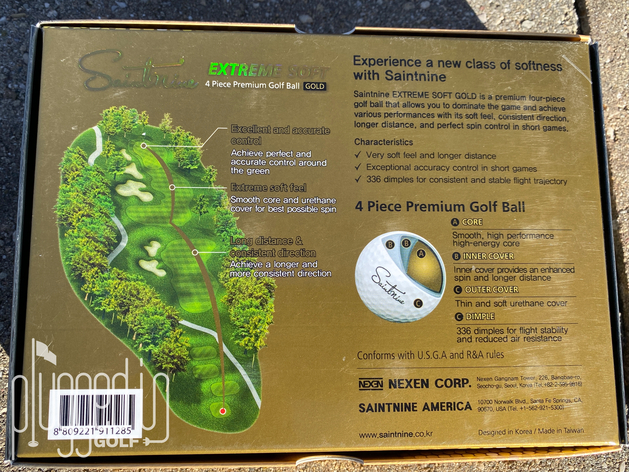 I had the chance to play both Saintnine golf balls on the course before launch monitor testing.  In the case of the Extreme Soft Gold, both experiences lined up perfectly.  This was not the case with the U-Pro, which I will explain.

With the U-Pro, my results were discordant.  On the course, pitch shots ran out further than expected.  However, my launch monitor results showed that the U-Pro is the peer of nearly any Tour ball.  I always defer to the launch monitor because it’s a larger sample size and the environment is controlled, and I will give the U-Pro another shot on course when the weather allows. 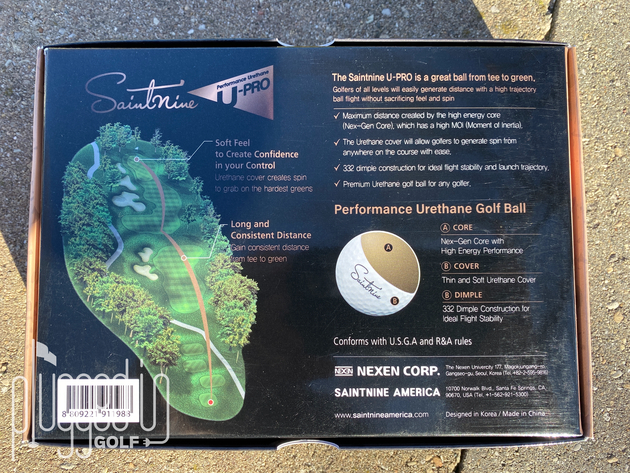 With the long clubs, the Saintnine Extreme Soft Gold impressed me on the course and on the launch monitor.  Off the tee, it easily hung with my normal tour-style golf balls.  Ball speed and spin were nearly identical.  On the course, I didn’t have to think twice about distances compared to my gamers.

The Saintnine U-Pro lived up to its billing, delivering “high trajectory ball flight without sacrificing…spin.”  For me, the U-Pro had measurably and noticeably higher spin with the irons and driver.  The launch monitor showed that the ball speed was in a good range, but the spin did cost me some control and distance.  While this is not in Saintnine’s description, I am going to infer that the U-Pro is meant for players with slightly less swing speed than I have.  For those players, this extra spin should be a benefit, not a cost. 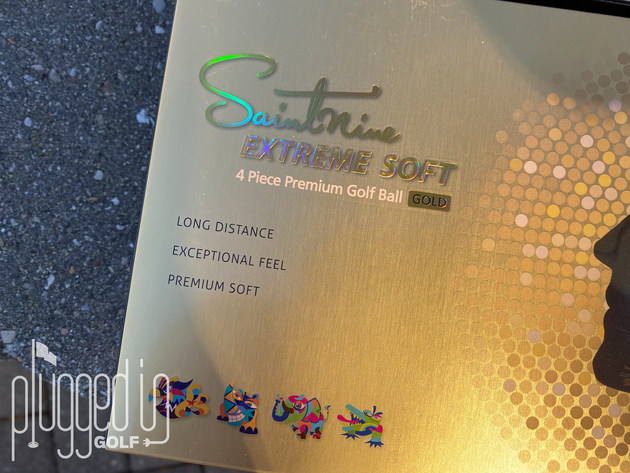 If you’re like me, you saw the Mental Mate graphics and thought, “Is Saintnine just a gimmick golf ball?”  I can tell you it’s not.  The Saintnine Extreme Soft Gold can compete with any tour ball, and it’s outstanding if you want short game spin.  At $25/dozen, the U-Pro is unique in offering a urethane cover and tons of short game spin at an affordable price.